The developing short story Bill Eville took to writing class that night was so personal he might as well have shown up naked.

Based on a terrifying experience he had when he was 11 and his brother was 13, the story describes two boys who go hitchhiking one summer night for a kick, only to find themselves with a driver who won’t let them out of his car. The older brother finally has the presence of mind to open a back door and jump out. In real life, Mr. Eville followed. In the story, the younger brother, named William, doesn’t budge.

”I have a major question for you,” Vivian Malloy, a classmate at The Writers Studio, finally said with appropriate dread. ”What happens to William?”

”I don’t go there,” Mr. Eville said, shaking his head.

”Talk about being ruthless!” said their teacher, Philip Schultz, with a laugh, referring to an earlier discussion of the author Lorrie Moore and her deliciously jaundiced observations.

Once every week for two hours or more, as the minutes pass on the oversized clock of their borrowed West Village classroom and the bells of St. Veronica’s pierce the twilight, Mr. Eville and company share their work and wit and await the wisdom of Mr. Schultz, a poet and the founder and director of The Writers Studio. It is an exercise alternately masochistic and exhilarating that many have been doing for several years, setting aside day jobs and domestic concerns to concentrate on their creative writing.

But these days Mr. Schultz is being forced to address more than meter and metaphor. Demand for creative writing courses is so great and competition so brisk that he has started dabbling in marketing and is considering the addition of online courses. The Writers Studio has already begun offering 20 weeks of private tutoring for $1,600 and one-day intensives for out-of-towners, additions Mr. Schultz never imagined when he started the program 13 years ago.

It’s not that he’s desperate for new students, Mr. Schultz insists; if anything, the school he envisioned as a community of dedicated writers already seems too large with 160 students. It’s just that the business of teaching writing has gone commercial and, lest he be left behind like the fictional William, he feels he ought to do something.

”We have to be businesslike in a way we never had to before,” Mr. Schultz said.

Of the scores of writing groups in New York, The Writers Studio is probably the smallest and most personal of the formal programs, teaching only fiction and poetry and still shunning how-to courses on publishing. Its chief competitor and foil is the Gotham Writers’ Workshop, whose army of 3,000 neon yellow boxes stand sentry at street corners throughout the city. The eight-year-old writing school expects nearly 1,000 students to enroll this fall, according to its managers. It already offers classes online, and includes screenwriting and comedy writing among its courses.

Both for-profit businesses are products of heightened interest in written self-expression that was first mined by some of the city’s renowned nonprofit programs. ”I’m proud we’re the ones who broke the ground and the for-profits have realized this is something people really want,” said Kathleen Warnock, a journalist and playwright and the director of the Writer’s Voice of the West Side Y.M.C.A., now in its 20th year.

Like their Writers Studio counterparts, the Gotham managers are well-educated, aspiring writers who love literature, but they seem younger and brasher and have backgrounds in business and advertising.

”We’re hustling in the sense that it’s New York and we basically have to be the best,” said the president, Jill Sverdlove, who ran a baseball cap factory in Jersey City with her ex-husband before she joined Gotham. The school grossed about $1 million last year, she said, but it has 45 teachers to pay and classrooms to rent so it spends relatively little on advertising, relying mostly on the ubiquitous yellow boxes and word of mouth.

Neither school guarantees success, but Gotham claims to teach a new writing tool in every single session. ”It’s like carpentry,” said Dana Miller, the director of student affairs. ”It’s a skill that can be taught.” Gotham’s critiquing method is also highly structured (some critics say formulaic).

When a Gotham student’s work is being read and critiqued by his peers, he may listen but not speak. The teacher then leaves the room and the rest of the students are all required to take turns commenting, first saying something nice about the work and then something critical, which Gotham prefers to call ”helpful.”

Gotham also will accept any paying student. ”The concept is not to be elitist about who should take writing classes,” Ms. Miller said. The Writers Studio, however, is more discriminating. Like some of the city’s older writing institutions — including the Writer’s Voice, the 92nd Street Y Unterberg Poetry Center and New School University — the Writers Studio requires recommendations and work samples for advanced classes.

Robert Polito, the cultural critic and director of New School University’s writing programs, said he considered both Gotham and The Writers Studio ”serious and well-intentioned, but my sense is that they’re steppingstones to the still more serious and intense continuing education writing programs in this city.”

At the New School’s adult writing program, he estimated, enrollment has increased in the last five years to 1,000 students a semester from about 200. The demand prompted the humorist Lewis Burke Frumkes, who was teaching a course on critical thinking at Marymount Manhattan College on the Upper East Side, to start a writing center there six years ago. Participants include full-time Marymount students and working adults from the neighborhood.

A similar mix of emerging pros and earnest amateurs fills seats at the Writer’s Voice. ”They’re doctors and lawyers and stockbrokers all day, and they’re moms and dads, and for $325 a term for two hours a week, they can come here and express themselves,” Ms. Warnock said. ”It keeps you from going nuts in New York.” 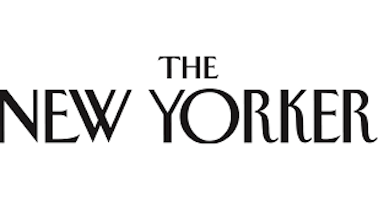 “Googling Ourselves” by Philip Schultz, founder and director of The Writers Studio. October 23, 2017 Issue Googling Ourselves By Philip Schultz Audio: Read by the author. These strangers with my name,busy being kidnapped, embezzled,honored and dying at a frightening rate.The cross-dressing exterminator convicted of rapein Kensington, Ohio, sentencedto 72 years without bail, the policeman killedstopping a burglary…

At our school poets discover they’re really fiction writers and vice versa all the time. The right technique gives us permission to be wrong, and bad, and unfair, things we perhaps always longed to be; it allows us to be ourselves, irrevocably. — “Five Pieces of Writing Advice From Philip Schultz,” in Literary Hub. Read more…

AUTHOR INTERVIEWS ‘My Dyslexia’ Didn’t Keep Poet From A Pulitzer September 25, 20118:00 AM ET Heard on Weekend Edition Sunday How did someone who didn’t learn to read until he was 11 years old come to be a professional poet? The man who poses this question is also the one who can answer it. Host…