‘My Dyslexia’ Didn’t Keep Poet From A Pulitzer

How did someone who didn’t learn to read until he was 11 years old come to be a professional poet? The man who poses this question is also the one who can answer it. Host Audie Cornish talks with Pulitzer Prize-winning poet Phil Shultz about his new memoir, My Dyslexia.

How did someone who didn’t learn to read until he was 11 years old and in the fifth grade, who was held back in the third grade and asked to leave his school, come to be a professional poet? The man who poses this question is also the one who can answer it – Philip Schultz. He won a Pulitzer for his work in 2007. Now, he tells the story of his coming of age with a learning disability, in a new memoir titled “My Dyslexia.”

Philip Schultz, welcome to the program.

PHILIP SCHULTZ: It’s good to be here. Thank you.

CORNISH: To start off, tell us the story of how you found out you had dyslexia – because you weren’t officially diagnosed as a child.

SCHULTZ: …and my son was in second grade, 7 years old. And he didn’t like school, and was tested and diagnosed with it. And I realized that I had every one of his symptoms. And it was just shocking to me. I mean, it explained a good deal about him. And it explained everything about me.

CORNISH: You write that you love books, quote, except actually reading them.

CORNISH: Which I thought was pretty funny. What does that mean?

SCHULTZ: Well, this is one of the things that was explained. I’m a painfully slow reader. And to this day, I mean, I love reading and I’m very careful – very selective about what I read because I don’t read very fast and therefore, not a great deal. But what I read, I read thoroughly and retain almost all of it.

But the actual neurological – if I may use that word – act of reading, I don’t enjoy. I have to often read the same sentence over and over before I understand it. And I have to convince myself that what I’m reading is so enjoyable and so exciting and so good for me that it’s worth the effort.

CORNISH: It’s funny, if you don’t mind me saying this. This is probably how some people feel about reading poetry.

SCHULTZ: Well, no one has ever said that out loud to me before, but I love hearing it.

CORNISH: I know I’m not supposed to say that, but don’t you think so?

SCHULTZ: Now, that also – I’m having one of those moments. This explains a lot, too.

CORNISH: Well, I ask because I wonder, looking back, how do you feel your dyslexia affected the development of your writing?

SCHULTZ: If you have my background – and there was so much abuse that went around reading in school, and bullying, and all the stuff that I had to survive. So I had a story to tell. I had things to say. I mean, I think writing kind of lent, offered me an escape – an escape from a reality that I didn’t seem to know how to live in or manage. And I found that it was very hard for me to sustain long narratives. And that led to wanting to say things more succinctly. And that led to poetry, and so on.

CORNISH: You talked about – sort of abuse, and you’re referring to what it was like growing up with dyslexia in an era when people didn’t really know how to deal with kids with any kind of learning disability. This was the kind of sit-in-the-back-of-the-class era.

SCHULTZ: Well, they put me in a table with three, and they called it the dummy class. And we faced the back of the teacher, who addressed the rest of the class. The frustration of that made me just give up. I was ostracized and, you know, I saw after a point that fighting wasn’t – there was no place to leave from this, the toughest school in the city, except reformatory. So I finally managed to go to a tutor and teach myself how to read.

CORNISH: How did you end up teaching yourself how to read?

SCHULTZ: It’s almost magical the way it happened. I created a little boy who could read. I would lie in bed with my mother, who would read me comic books because it was the only thing that I seem to be interested. I already had developed a fear, if not loathing, of books. So I would hear it and look at these dialogue bubbles and try to understand the words, and I understood.

That was in fifth grade, I was nearing the end of fifth grade. So I imagined, created another personality, another person who could read. And I started to imagine what it would feel like to read. And after a time of doing this, I found myself reproducing the sounds my mother was making – reading words and associating the sounds of these words with the written marks on the page.

And little by little, over time, I was reading.

CORNISH: And so much more is known about learning disabilities today. And so much more spending goes on in education, for special-education classrooms. Do you think that kids in your position today fare any better than when you grew up?

SCHULTZ: Oh, yes. Yes. The difference between then and now is a large difference. Not knowing what you have means you think it’s your fault. You think it’s all at your feet. It’s – you’re dumb. You just can’t do it.

When a child knows that he or she is dyslexic, that it’s the way their brain is programmed and it’s not their fault, that makes all the difference in the world.

CORNISH: Knowing what you know about dyslexia, is there anything about having a learning disability that you think actually helps make you a better writer?

SCHULTZ: Absolutely. I mean, I understand now – and only wish I could have understood before – that the extra layer of challenge and resistance it provided in my life allowed me to work hard – or harder – at almost everything. That I just never assumed anything would ever come easy, so I can write 200 drafts of a poem, literally, until I get it right. And it doesn’t throw me off. I always could do that. I just assumed everything is harder for me, that I have to work harder than anyone else.

CORNISH: So, of course, it’s not every day that we have a Pulitzer Prize-winning poet on the show, so I can’t resist. I have to ask you to maybe give us a little piece of poetry?

SCHULTZ: Sure. This is from a poem that will appear in Ploughshares in November, forthcoming.

(Reading) Hitting and Getting Hit. They could say what they liked, imitate the way I stuttered the morning pledge, mashed the alphabet. Ask how many chickens one plus three made, why my brain sat in a corner in a class of one, refused to read or write – was nailed to my tongue just as long as they understood that some with my fist would be kissed, yanked off bikes by their hair, their eyeballs thumb scrubbed, faces autographed by sidewalks – that under no circumstance would they ever make me cry.

CORNISH: Poet Philip Schultz, he is the author of a new memoir, called “My Dyslexia.”

Philip Schultz, thank you so much for reading to us, especially a new work.

Copyright © 2011 NPR. All rights reserved. Visit our website terms of use and permissions pages at www.npr.org for further information.

NPR transcripts are created on a rush deadline by Verb8tm, Inc., an NPR contractor, and produced using a proprietary transcription process developed with NPR. This text may not be in its final form and may be updated or revised in the future. Accuracy and availability may vary. The authoritative record of NPR’s programming is the audio record.

(Excerpt) Four years ago, Lynette Brasfield was a full-time corporate writer and mother of two teenage boys who had never done any creative writing, “unless you count a short story about a cow called ‘Daisy Mae LeRoux,’ written when I was twelve,” she says. Now she’s a full-time fiction writer whose first novel, Nature Lessons,…

Philip Schultz Q: Would you tell us about the writing process for Living in the Past, how long it took to write, if the poems were written in order or if the order came later, where you like to be when you write, and so on. I’ve always been fascinated with the material of this… 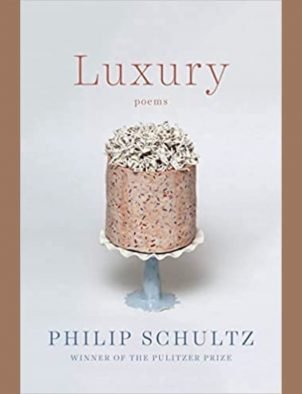 Luxury: one of “The Best Poetry Collections To Read This Month.” See the review in The Washington Post.  “The Whole Story,” review of Luxury by Dan Giancola in The East Hampton Star.  My Dyslexia: “On reading My Dyslexia, or five reasons I love this book” in Dyslexic Library.