The Writers Studio at Thirty

In 1987 Pulitzer Prize–winning poet Philip Schultz started holding small, informal writing workshops in the living room of his tiny apartment in New York City’s West Village. In the thirty years since, these workshops have blossomed into the Writers Studio, an organization that hosts writing workshops throughout the United States and abroad and has helped shape the work of writers such as Jennifer Egan and Martha Southgate. “Our goal is to help anyone with a desire to write creatively acquire the technique necessary for full imaginative expression,” says Monica Banks, who serves as the studio’s codirector and is married to Schultz. 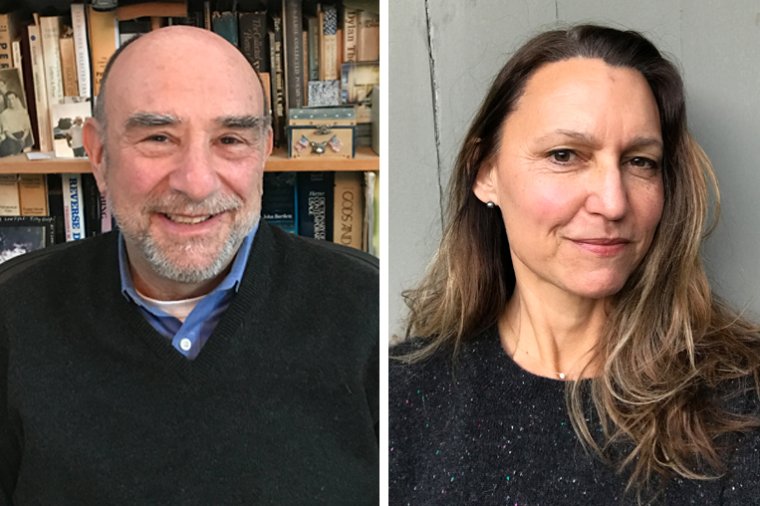 In addition to New York City, the Writers Studio offers workshops for poets and fiction writers in four additional locations: New York’s Hudson Valley, San Francisco, Amsterdam, and Tucson, Arizona. Each branch was started by former students and teachers of the New York workshops. The studio also offers craft classes, online workshops, readings, and a program called Kids Write, which provides free creative writing workshops to teens in the Bedford-Stuyvesant neighborhood of Brooklyn, New York, as well as training for parents and educators to teach creative writing to children with dyslexia—a learning disorder Schultz was diagnosed with as an adult, after learning that his oldest son suffered from the condition, an experience detailed in his memoir, My Dyslexia (Norton, 2011).

The Writers Studio is distinguished by a unique teaching philosophy that focuses on helping students write from a place of vulnerability through the use of persona. Schultz developed this method in 1972, during his time teaching at Kalamazoo College in Michigan, where he noticed his students wrote more freely when they imitated the voice of another writer’s narrator. “We read a book by, say, Hemingway or Joan Didion or Andre Dubus III and ask students to borrow that author’s  persona—the voice of another writer’s narrator—to tell their own story,” says Schultz. “It’s an exercise that helps students distance themselves from their own material.” He adds, “It can serve as a buffer zone or filter through which a writer can access a depth of emotion that was previously too painful or obstructed. This technique allows a writer to circumvent his or her natural defenses that often block emotional connection.”

The Writers Studio applies this method to its ten-week workshops, most of which are offered at four levels: beginner, intermediate, advanced, and master class. Students are encouraged to work their way through all levels, though only a few of them do. Reneé Bibby, director of the Writers Studio’s Tucson branch, says her teaching mantra is “mastery takes practice” and likens that practice to an athletic endeavor. “It’s the difference between hurling a basketball toward the basket for a wild, lucky, successful free throw,” she says, “and practicing every day—thinking about position, alignment of elbows and knees, throwing the ball again and again, correcting form until you can step to the line on game day and sink the ball. Knowing that you can successfully craft a story is more empowering to creativity than anything else I’ve ever seen.” The workshops also create a close-knit community. “You get to know one another’s work over several months, and people form supportive, trusting communities,” says assistant director Cynthia Weiner. “There have even been a couple of marriages, although that’s not guaranteed,” she jokes.

To celebrate that community and its thirtieth anniversary, the Studio collaborated with Epiphany Editions to release The Writers Studio@30, an anthology of work by current and former students, in late April. The anthology also includes pieces by advisory board members Jennifer Egan, Robert Pinsky, Edward Hirsch, Carl Dennis, Matthew Klam, Rosanna Warren, and others. There will be a celebratory reading on May 6 at the Strand Bookstore in New York City.

As for the future of the Writers Studio, Schultz is not actively looking to expand geographically or add new programs. “The Writers Studio’s smallness represents an intimacy and focus that I like,” he says, adding that after thirty years the studio’s primary focus is still to see its students through the various stages of their careers and to help them as both writers and people. “Everyone finds out something about themselves through this process, which provides a kind of peace. They’re often grateful for this, since it brings a sense of real accomplishment. It’s a very satisfying feeling to give this to someone.”

Christine Koubek is a teacher and writer whose work has appeared in the Washington Post; Bethesda; Brain, Child; and Coastal Living, among many other publications. She received her MFA from Fairfield University. Her website is www.christinekoubek.com.

Teaching Writing At the Writers Studio By John Maher | May 05, 2017 Photo courtesy of Philip Schultz For many poets, teaching, be it in high schools or M.F.A. programs, is an occupation rather than a vocation—the most sensible way to use their literary knowledge and skills to earn a living. But for Pulitzer Prize–winner…

FIVE PIECES OF WRITING ADVICE FROM PHILIP SCHULTZ BEWARE THE SHITBIRD May 3, 2017  By Emily Temple In 1987, Pulitzer Prize-winning poet Philip Schultz founded the Writers Studio, which grew from a casual workshop in a West Village living room to an established school with four locations, online programs, a reading series, and a nonprofit branch that…

(Excerpt) Four years ago, Lynette Brasfield was a full-time corporate writer and mother of two teenage boys who had never done any creative writing, “unless you count a short story about a cow called ‘Daisy Mae LeRoux,’ written when I was twelve,” she says. Now she’s a full-time fiction writer whose first novel, Nature Lessons,…